The State Slate: Round 2

Thank you to everyone who helped us raise $240,000 for eleven great candidates in round one of the State Slate!

In our second round, we're fundraising for eleven more candidates in two states, Iowa and Arizona. Here's the situation in each:

Arizona: Republicans have a "trifecta" in Arizona—they control the governorship and both state houses. But the total margin of victory in both state houses was less than 3,000 votes. We need to win two seats to flip the Arizona House, and three to win the Senate. We're backing five great candidates who can do just that.

Iowa: Republicans also have a trifecta in Iowa. The Iowa Senate is out of reach this year (it has a 32 to 18 Republican majority), but we would need to flip just three votes to win the Iowa House. Iowa Democrats registered large numbers of new voters this year during the Presidential primary, and our prospects are good if we can overcome the fundraising gap. We're backing six great house candidates—and two of them in the same district as J.D. Scholten on our Great Slate.

Beyond the chance to win control of state legislatures, both of these states also have a competitive U.S. Senate election in 2020. Our help downballot can turn out more votes in these districts and help all the way up at the top of the ticket. 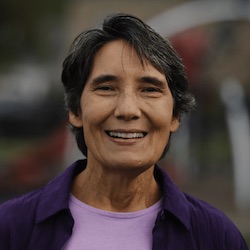 Felicia French is a nurse, retired Army Colonel, and MedEvac helicopter pilot who served in Afghanistan. She has dedicated her post-military career to public service in Arizona, including work on sustainability for the Navajo Nation, and volunteering as a home health and hospice nurse. She's running on a platform of better access to health care and public education, and stronger support for rural communities. 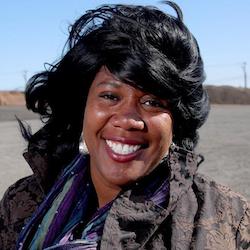 Coral Evans is the mayor of Flagstaff, Arizona, now serving a second term, and former vice president of Mission Services for Goodwill Industries of Northern Arizona. She's spent her career addressing systemic poverty through the nonprofit sector, public policy, and now elected office. Before being elected mayor in 2016, she served two terms on the Flagstaff city council. Evans and French (see left) are running in the same district. 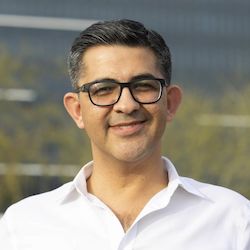 Ajlan is a first-generation American and small business owner who fell in love with Arizona after attending management school in the state. He's running on a platform of education, health care, and leveling the playing field between small businesses and giant corporations. His senate race is one of the most comepetitive in Arizona; the previous Democrat to run here lost by fewer than 1800 votes. 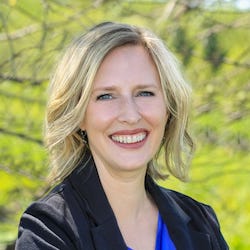 Andrea Phillips is a full-time mom and a former director of marketing for a multinational. She spent most of her career in China before moving back to Iowa to raise a family in 2010. This race is a rematch—Phillips previously ran against the incumbent in 2016. Four years of growing extremism both in the Iowa State House and nationally have made the district much more ready to try a new path. 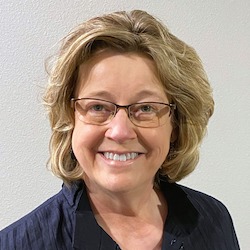 Stotts is a middle school math teacher in Boone, Iowa. She was motivated to run for public office after being widowed and experiencing firsthand how difficult life in Iowa had become for single working parents in the state. Stotts lost a previous race in 2012 by a margin of 54%-45% after being outraised over 10-1 by her Republican opponent. She has a master's degree in school guidance. 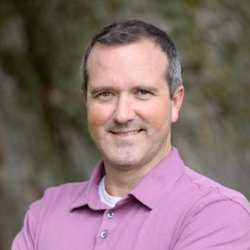 Gjerde is a special education teacher at Jefferson High School in Cedar Rapids, and works weekends as a Special Deputy with the Linn County Sheriff's Office. He holds two master's degrees in education, and has understandably made public education the central issue of his campaign. Gjerde also stresses the need for anti-corruption and helping small Iowa businesses compete against large corporations.

Incumbent: this is an open seat. Gjerde's opponent will be Sally Ann Abbott. 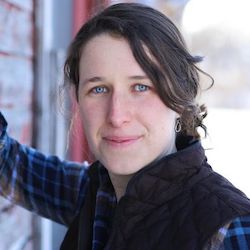 Koether grew up on an Iowa farm and works as an agricultural specialist at Iowa State University Extension and Outreach. She also runs her own livestock farm, and has a background in renewable energy. Koether is dedicated to revitalizing the local farm economy in northeast Iowa. Her campaign stresses practical, local policy over partisanship.

District: HD-55: West Union, in the northeast corner of the state. 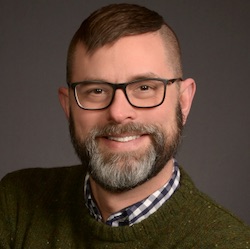 Brackett is a city councilman in Muscatine, Iowa and chair of the Muscatine Democratic Party. An Army veteran, Brackett returned to the state and pursued a career in information technology before turning to public service. His campaign stresses affordable housing, economic development, and public safety.

Incumbent: Gary Carlson, CEO of the Chamber of Commerce. 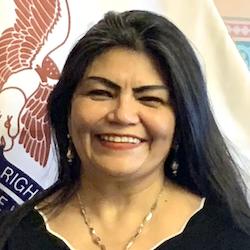 Huddleston is a former member of Storm Lake City Council and the first ever Latina elected to City Council in the state. She has also served on Iowa’s Latino Affairs Commission. This is by far the hardest race on the State Slate, but it is part of a critical effort to organize and mobilize the powerful latent Latino vote in northwest Iowa. 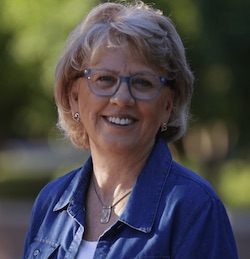 Schwiebert spent 27 years as a public school teacher in Arizona. She is the co-founder of Theater Works, a nonprofit community theater, where she continues to serve on the board. Fully funding public education is central to her platform, which also focuses on health care and environmental conservation. 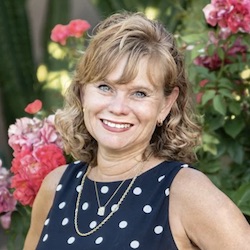 Marsh is a high school English teacher with 27 years experience in the classroom. She was named Arizona's Teacher of the Year in 2016, an honor that also allowed her to visit public schools across the state, and mobilized her to campaign for better funding Arizona public education. Her platform also stresses the need for better health care and renewable energy.

District: SD-28: A big chunk of the suburban sea north of Phoenix.

Campaign finance rules are a little different for state races than they are nationally. For Arizona races, individuals can donate up to $5,200 per candidate.

There are no donation limits for individual contributions to candidates in Iowa.

Tech Solidarity believes that helping these campaigns at the state level is a singularly effective way to help bring about meaningful political change in 2020. The budgets are small, the stakes are high, and the fundraising environment in the summer of 2020 is particularly difficult. Every dollar we can raise for these races will go far!